This piece captures the natural play that is part of how young orangutans (and young humans) learn how to be a successful part of a family unit. Like us, these animals have complex social emotions and interactions, curiosity about the world around them, and a sense of humor. What do you think these two young orangutans are doing? What will happen next? 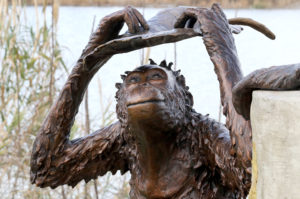 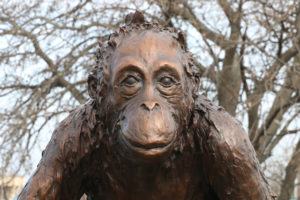 Lori Hough grew up in an artistic family in rural west Michigan. She initially went to college to get a degree in art, however a required class in Zoology led her to change her major to the study of animals. This led to Hough’s love of animals and artistic endeavors.

Hough worked as a wildlife technician and biologist, and while on a foreign fishing boat in the Berring Sea, Hough’s interest in wildlife and art finally merged. While aboard, in between sampling the caught fish, she began creating papier mache animals. And finally, in 1988, her hobby became a full-time occupation.

We are honored that this sculpture is part of such a wonderful new attraction for the Waco community. We hope it is a source of enjoyment, and a reminder of how precious our children are and how bright our future is; a symbol of hope for generations to come. 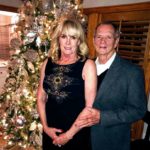 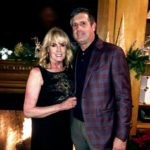 Waco’s Cameron Park Zoo has a famous breeding program for orangutans, which is part of a worldwide effort to make sure that they do not become extinct. You can visit Razak, born in January 2017, along with his Mom Mei, Dad Kerajaan (“KJ”), and Auntie Kutai. 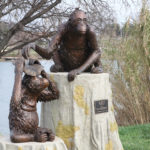